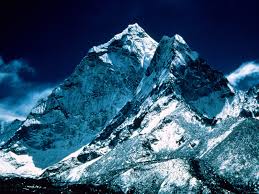 Maybe I’m biased because I’ve always had a fear of heights, and because one of my best friends from college, Tom Rugo, died in an avalanche when he was climbing (and was way, way, way too young). But why try to kill yourself just because it’s there? I don’t get it.

And now, 60 years after the summit was first reached, the trek up Everest can be undertaken by anyone with lots of money and sturdy lungs. The trail has become a garbage dump (and a graveyard). Surely there are other thrills to be had on this planet without exploiting what should be left unsullied. 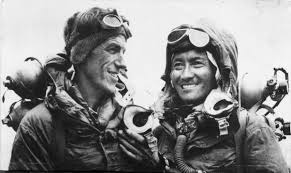 But I have to say, these photos are amazing. 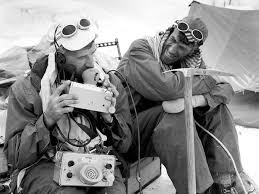 See for yourself at: http://www.telegraph.co.uk/news/worldnews/asia/mounteverest/10085327/Mount-Everest-60th-anniversary-of-the-first-ascent-interactive.html

4 thoughts on “CLIMB EVERY MOUNTAIN…NOT”