Hard to believe the woman with the brassy hair, brassy mouth, and even brassier attitude is gone at 81. Joan Rivers changed the world of comedy for women, and she did it harder than anyone else. That woman worked it. She never stopped working it.

There are tributes to Joan and reminiscences from countless people on Facebook and in blogs, so if you liked her comedy, take some time and read them and watch some of her routines. You’ll learn that the public, brash, rude, sometimes wrong and sometimes cruel, always provocative, but never not-funny “Joan Rivers” (especially her braying “What are you wearing?” on the red carpet) was very different from the private Joan who was extremely kind and loving. I met her several times at my late and much-missed friend Judy Green’s parties, and she was always delightful in person. It was clear how she adored her daughter Melissa although I can’t imagine it was easy being her child. It was also clear how she adored her very difficult husband Edgar, who devastated her in every possible way when he committed suicide. She went on to reinvent herself and become more famous than even she could have imagined.

What I wish is that Joan had let her face alone. She had turned into a caricature of her former self—a woman a lot more attractive than she ever believed—with cheeks so smooth and plastic they practically levitated. I wonder if all the surgeries and procedures she had done somehow set the state for the final procedure, one on her vocal chords, that went terribly wrong. Maybe the doctors messed up. Or maybe her strong and vital heart just gave up. 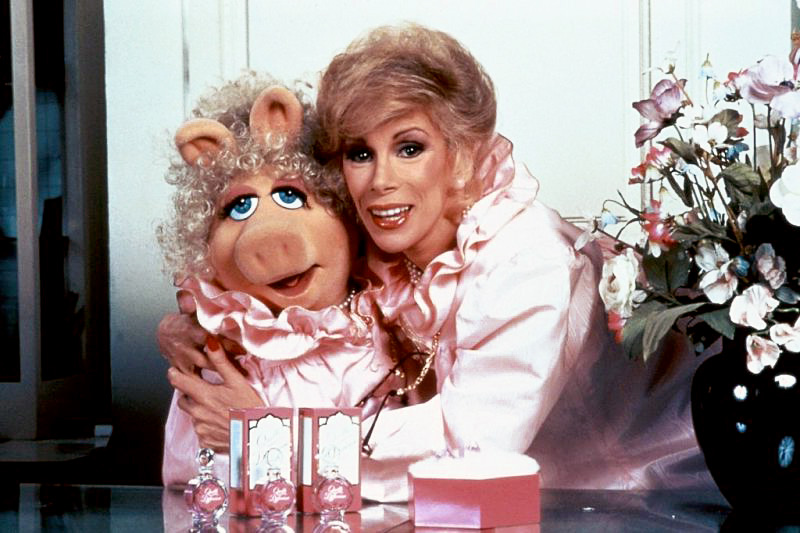 So in this dreadful year of hate and killings and wars and madness, to have lost two brilliant comics within a month of each other is heartbreaking.

We need laughter and we needed Robin and Joan. I hope they are cackling somewhere together.