Bad enough that the “Twinkie Defense” was alleged to have been used by Dan White’s legal team to defend his cold-blooded murder of San Francisco city supervisor Harvey Milk and mayor George Moscone in 1978 in order to downplay the severity of his crime and receive a lighter sentence. (Although, I must add, it seems this is a myth, as the jury didn’t consider junk food while convicting this killer only of voluntary manslaughter.  Read more here: http://www.sfgate.com/health/article/Myth-of-the-Twinkie-defense-The-verdict-in-2511152.php) Now, the heinous blabbermouth of InfoWars, the pathologically lying Alex Jones, is claiming the Chili Defense. Jones is fighting in court to retain custody of his three children, even though I can’t understand why any judge in this country would listen to Jones’ ranting, hateful denials of the Sandy Hook Massacre, among many other despicable statements, and deem him fit to parent his children. He shouldn’t be allowed to parent a family of cockroaches or plague-carrying rats. (Still, you have to wonder why his ex-wife didn’t get custody after their divorce in 2015.) Anyway, Jones’ lawyer is getting desperate. First it was claimed that Jones is but a “performance artist” and that his ranting and raving on air is merely an act–claims Jones himself refuted a few hours later. (Guess he doesn’t want to piss off the equally deranged fans who support him.) Then, when Jones couldn’t remember how old his children are, or other basic facts about them, his lawyer said it was because  “he had a big bowl of chili for lunch.” With such terrible news in a world gone mad, I think a little levity is in order. It was supplied last week by world-renowned conspiracy theorist Alex Jones, who told the brain-dead haters who listen to his garbage-filled ranting radio show that our First Lady and mother of two children is a “tranny.”

“Every time I look at ‘Michelle’ or ‘Michael’ Obama — the first lady, or first tranny — something doesn’t look right,” he said.

Then, natch, he just had to add that Michelle “doesn’t look like any black woman I’ve ever known.”

Um, how many black women does he really know? I’d say less than zero. 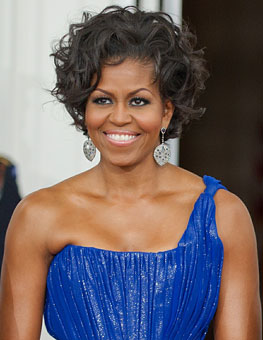 Alex’s rationale for his latest foray into looney-land is that Michelle’s “shoulders that are wider than a man’s, which physiologically doesn’t happen.” Physiologically, a man of Alex’s stunning vapidity should no longer be breathing. 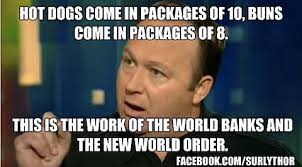 Because the signals from the few brain cells he has left clearly aren’t reaching their target.