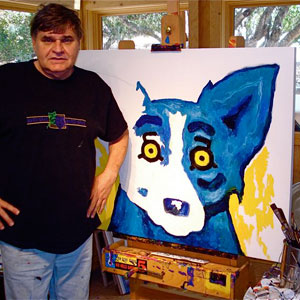 George Rodrigue had a beloved dog named Tiffany, and when she died, she became immortal. And blue.

Well-known as a Cajun artist, George became extremely successful when his Blue Dog paintings took off. 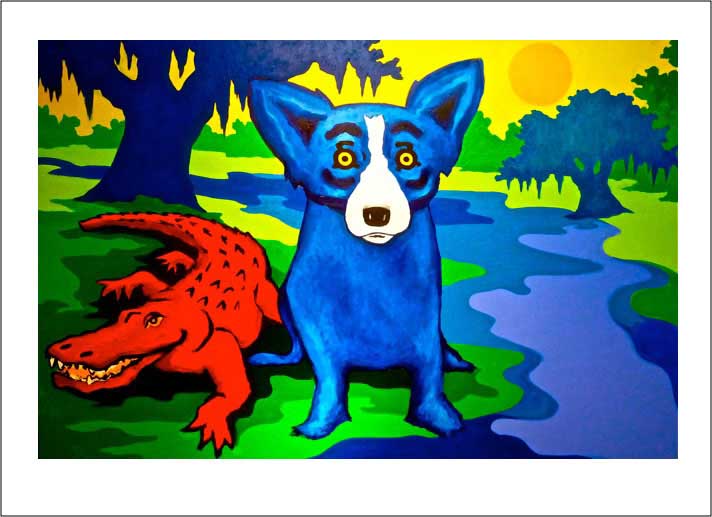 He deserved every bit of his fame and acclaim.

George died a few weeks ago of cancer at the age of 69. 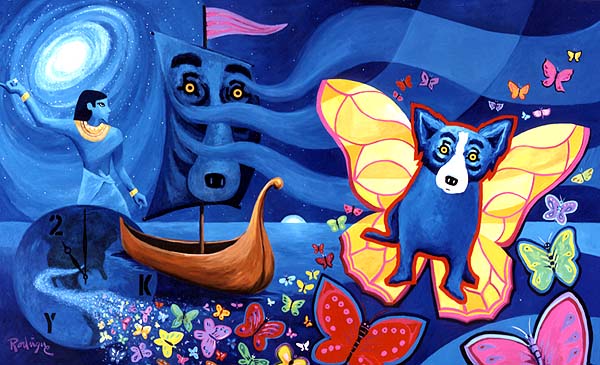