Oh, the irony! The man whose mission is to destroy Obamacare (and everything else in this country) is signing up for Obamacare! When Ted’s wife quit her cushy banking job to follow him around like a dutiful dog go on the campaign trail, she lost her health insurance. Ted claimed that it was mandatory for his family go through the exchange, but that’s just another one of his lies. Yes, members of Congress must do that—but not their spouses. They could just as easily have signed up for any other plan of their choosing. But it would have cost them more. Just when I had given up hope, a lying, cheating, hypocritical, rageful member of Congress did the right thing!

I posted about Staten Island’s pride and joy, Michael Grimm, two days ago. He was the Republican reelected by the brain-dead voters of his district, even though he was under indictment on 20 counts of tax fraud and restaurant-worker abuse. The illegal immigrant workers, remember, who were, according to Michael and his ilk, not worthy of being allowed in our country—but I guess it was okay for Michael if they were cheap enough labor to be exploited.

Guess John Boehner made him an offer he couldn’t refuse. Or maybe Fox News beat him to it. Want to know one of the reasons why Eric Garner’s killers got off in Staten Island? Look at the scumpig Republican representative in Congress that the local citizens reelected by a landslide in November. Give a kick in the ass cheer for Michael Grimm. Before he conned voters was elected, Michael worked for the FBI (making you wonder what kind of people they hire) and then invested in a Manhattan restaurant, Healthalicious. Despite his strong anti-immigration stance, Michael had no compunction about hiring illegal immigrants to work for slave wages. He was indicted for underreporting wages and receipts—and likely stealing their tips too. This wasn’t just the occasional dip in the tip jar. This was over $1 million that should have gone to his hard-working employees. Michael won his reelection despite having been federally indicted. And guess what—he pled guilty! Doubtless what he did was much, much worse. If Michael has the audacity to remain in Congress, I sincerely hope he is sent to prison when he’s sentenced in June. It’s kinda hard to vote against the same kind of immigrants you exploited when you’re in the slammer. Alas, it is long overdue and a major miracle time to say goodbye: Michele Bachman is leaving Congress. She didn’t leave me disappointed, however, as her farewell pile of gibberish speech has already become a classic of utter idiocy and bone-headed wrongness. “And here in the United States, the Ten Commandments that God gave to Moses is the very foundation of the law that has given happiness and the rise of the greatest prosperity that any nation has known before,” she said. “I also want to say thank you to the God who saved me. I am so grateful to the Holy God who created us, the creator God, the God that Jefferson pointed to in the Declaration of Independence. It is because of him, because he created me in his image and likeness as he has each one of us, that I even had the possibility coming here to be able to serve.”

Then she read out the second paragraph of the Declaration of Independence. Not that she has a clue what it really means, because she then said, “What that means to me is this: no government gave me rights, that only God can give. And no government can take away the rights that only God can give. The only reason that we have a government and the only reason it was instituted among men is to secure for me and to you, the rights that God gave us. Life, liberty and the pursuit of happiness. Beyond that, we rule by the consent of the governed. This is a pretty simple gig to figure out here.” Not if you’re Michele!

And then she left with this whopper: “My Favorite Americans are those who didn’t know they were Americans: they were the Pilgrims. They came here even before our nation was founded.” Yeah, and killed most of the natives who were here already! Have a nice life at home with hubby, dear Michele. Make sure you check his Snapchat once in a while to check up on all the hot boys he’s following. How cool is the Pope? Totally cool.

Not only does he like Patti Smith, but when on a plane a week or so ago, returning from a trip to Turkey, Pope Francis called out the kind of Christian fundamentalists who are the first to savage Muslims and claim they’re all terrorists while moaning about the alleged war on Christmas and how their rights are being impinged.

Even if they are little in compassion.

I read an absolutely shocking and unacceptable statistic this morning. One out of every 30 children is homeless. One-fifth of the homeless children live in California.

Does our Congress care? Do you think Ted Cruz or Rand Paul or Scott Walker care?

No, they blame poverty on the poor.

No, not Congress or Isis or Ebola or global warming—but drunken women.

This comment appeared, and was quickly deleted, on the Forbes website. You know, that bastion of banker-boy privilege and free-market entitlement.

The author of this idiotic statement was one Bill Frezza, president of the Beta Foundation, the house corporation for the Chi Phi fraternity at MIT. He came up with the classy title: “Drunk Female Guests Are the Gravest Threat to Fraternities.”

“In our age of sexual equality, why drunk female students are almost never characterized as irresponsible jerks is a question I leave to the feminists,” wrote Billy Boy. “But it is precisely those irresponsible women that the brothers must be trained to identify and protect against, because all it takes is one to bring an entire fraternity system down.”

That’s right. In Billy Boy’s feverish brain, drunken women are going to falsely accuse frat boys of rape. These boys, of course, are all innocent victims of the women doubtless too drunk to unhook their bras, much less unzip the jeans of their hapless victims. Billy Boy then added that “drunken hookups or anger over a failed relationship” are what lead to false accusations of rape.

I can’t even go into the depths of the mindset capable of blaming the victim who is, in Billy Boy’s scenario, drunk as a skunk yet a harridan out to ruin frat boys’ lives because she felt guilty about guzzling the Bud. Has it dawned on him that some of these women might not actually be drunk—they might just be victims of sexual assault by drunken men?

Don’t any of these guys go to college to learn anything? Aside from how to prey on vulnerable women? Guess not.

So let’s see how these cretins govern now that they’re in Congress or further ruining their states. You voted for soul-sucking scum, you make all the rest of us pay. Last week marked the 50th anniversary of the President Lyndon Johnson signing the Wilderness Preservation Act into law. Thank goodness he did, otherwise the Sarah Palins of the world would be drilling and ruining pristine land that we need to keep the air oxygenated and the creatures there alive in their habitat and to make us believe in the vast potential of this country.

“If future generations are to remember us with gratitude rather than contempt,” the president said, “we must leave them something more than the miracles of technology. We must leave them a glimpse of the world as it was in the beginning.”

The initial grant of 9 million acres has now increased to over 250 million acres. We need this land to stay as it is. We don’t need whiny visitors complaining that they can’t get cellphone reception. Like, duh. That’s the whole point of going to the wilderness. You leave the usual crap and addictive devices at home.

Predictably, there are many in Congress who want to exploit this wilderness. Stay aware and fight any efforts to undo this gift to our citizens.

We need space to breathe. 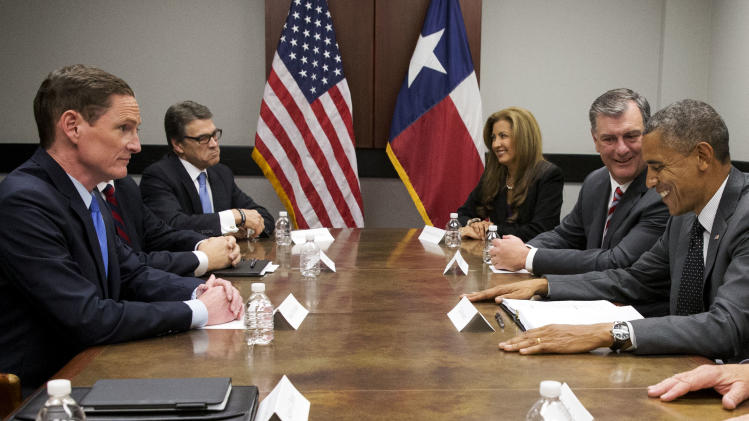 It’s always satisfying when a group of people who deserve a smack get one. And then some…

Ladies and Gentlemen and Lurchers of the Jury, I give you our President:

“As long as Congress will not increase wages for workers, I will go and talk to every business in America if I have to. There’s no denying a simple truth: America deserves a raise, and if you work full-time in this country, you shouldn’t live in poverty. That’s something that we all believe. 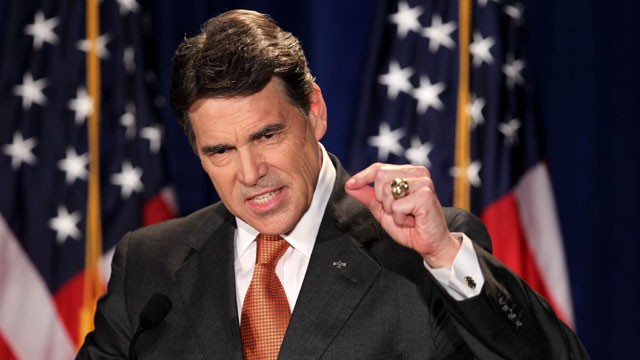 “Now, here’s where it gets interesting. There are a number of Republicans, including a number in the Texas delegation, who are mad at me for taking these actions. They actually plan to sue me. Now, I don’t know which things they find most offensive — me helping to create jobs, or me raising wages, or me easing the student loan burdens, or me making sure women can find out whether they’re getting paid the same as men for doing the same job. I don’t know which of these actions really bug them.

“The truth is, even with all the actions I’ve taken this year, I’m issuing executive orders at the lowest rate in more than 100 years. So it’s not clear how it is that Republicans didn’t seem to mind when President Bush took more executive actions than I did. Maybe it’s just me they don’t like. I don’t know. Maybe there’s some principle out there that I haven’t discerned, that I haven’t figure out. You hear some of them — ‘sue him,’ ‘impeach him.’ Really? Really? For what? You’re going to sue me for doing my job? Okay.

“I mean, think about that. You’re going to use taxpayer money to sue me for doing my job — while you don’t do your job. 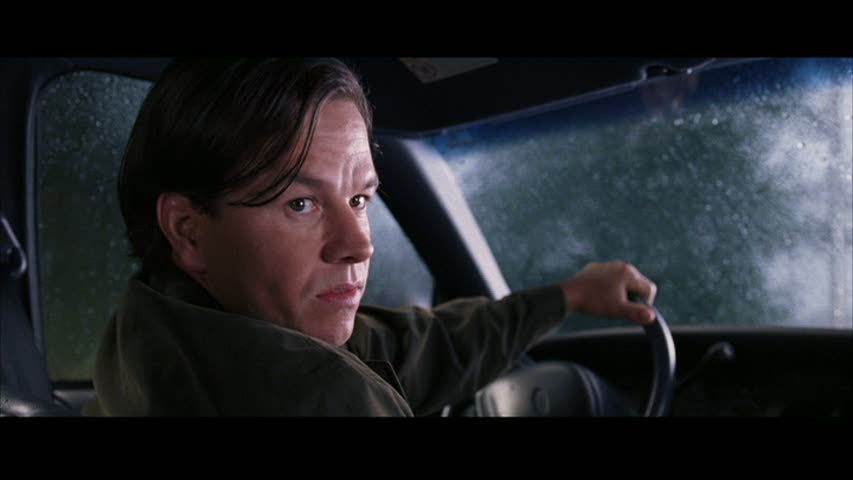 “So rather than wage another political stunt that wastes time, wastes taxpayers’ money, I’ve got a better idea: Do something. If you’re mad at me for helping people on my own, let’s team up. Let’s pass some bills. Let’s help America together.”