It also marked the 70th birthday of the seemingly immortal Keith Richards, who’s been the first to admit that his many years of drug abuse should have done him in ages ago. Fortunately, they didn’t. 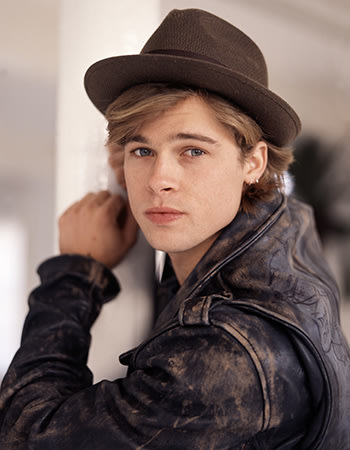 I think I’ve written about this before, but I met Brad when I was in LA doing a whole bunch of entertainment stories. His publicist begged me to meet with him although his credits at the time were fairly limited, including a stint as the babysitter’s boyfriend on the then-popular thirtysomething TV show. This adorable blond guy showed up at my door and drove me around, trying desperately to impress. He was incredibly sweet and thoughtful and even cashed a check for me. I called his publicist later and said I’d be happy to write about this kid when he had something to promote.

Which, luckily for him, turned out to be Thelma and Louise.

Fast-forward to me interviewing Brad many years later, and when I brought up that meeting he didn’t laugh or roll his eyes—he got angry. As in steamed. As in stomp-off-to-the-publicists-and-whine steamed. My take on his rage was that he didn’t like my pesky reminder that even the great and powerful movie star he’d become once needed journalists, not vice versa. Can’t say he’s the first one to suffer from Swollen Ego-itis, either.

Don’t let the door hit ya on the way down.